The North American League of Legends academy scene is getting its first major overhaul since 2018. Read more about the big changes and improvements coming to the league here.

Since its inception in 2014, the North American League of Legends academy league has undergone quite a few changes. Designed to provide a pathway for unsigned players to join the LCS, the academy scene was originally referred to as the NA Challenger Series (NACS).

Prior to franchising in 2018, the LCS was based on relegation and promotion, where the weakest teams from the LCS were replaced by the winners of the NACS because those competitors “wanted it more.”

This relegation system forced teams to stay competitive to keep their spots. While this provided fans with a competitive and exciting viewer experience, the frequent shift of well-liked players in and out of the league hindered fans’ ability to support certain teams or players.

As a result, the 2018 franchising system allowed teams to buy spots in the league. Similar to traditional sports, franchised teams had to pay a hefty commission upfront but were guaranteed a spot in the league until they either sold their slot or the league disbanded.

Under this new franchise system, the academy scene was rebranded to the “NA Academy League” (NAAL). Although it has undergone multiple format changes since its inception, including the addition of college/university teams to the league, the academy scene has operated as the NAAL ever since.

However, Riot Games has recently announced that the NAAL will be revamped once again, with major changes set to launch next year. Starting in 2023, the NAAL will become the NACL (North American Challengers League).

What is the NACL?

In their official post, which can be found here, Riot stated that the Tier 2 (Academy) scene saw significant growth and improvement in 2022. Looking to build upon that growth and help facilitate future expansion, and to elevate North America to be more in line with the level of competition seen in the other major regions, they have decided to invest a significant number of resources into the league ahead of 2023.

Starting next year, the NACL will host a total of 16 teams. Like in the NAAL, 10 of those teams will be the respective academy teams of each of the 10 LCS teams (“Fixed Teams”). However, the remaining 6 teams, called Provisional Teams, will feature the amateur (collegiate and amateur LCS teams) from 2022. At the time of publishing, the 6 provisional teams were not announced. Since then, the following 16 teams have been locked in for 2023: 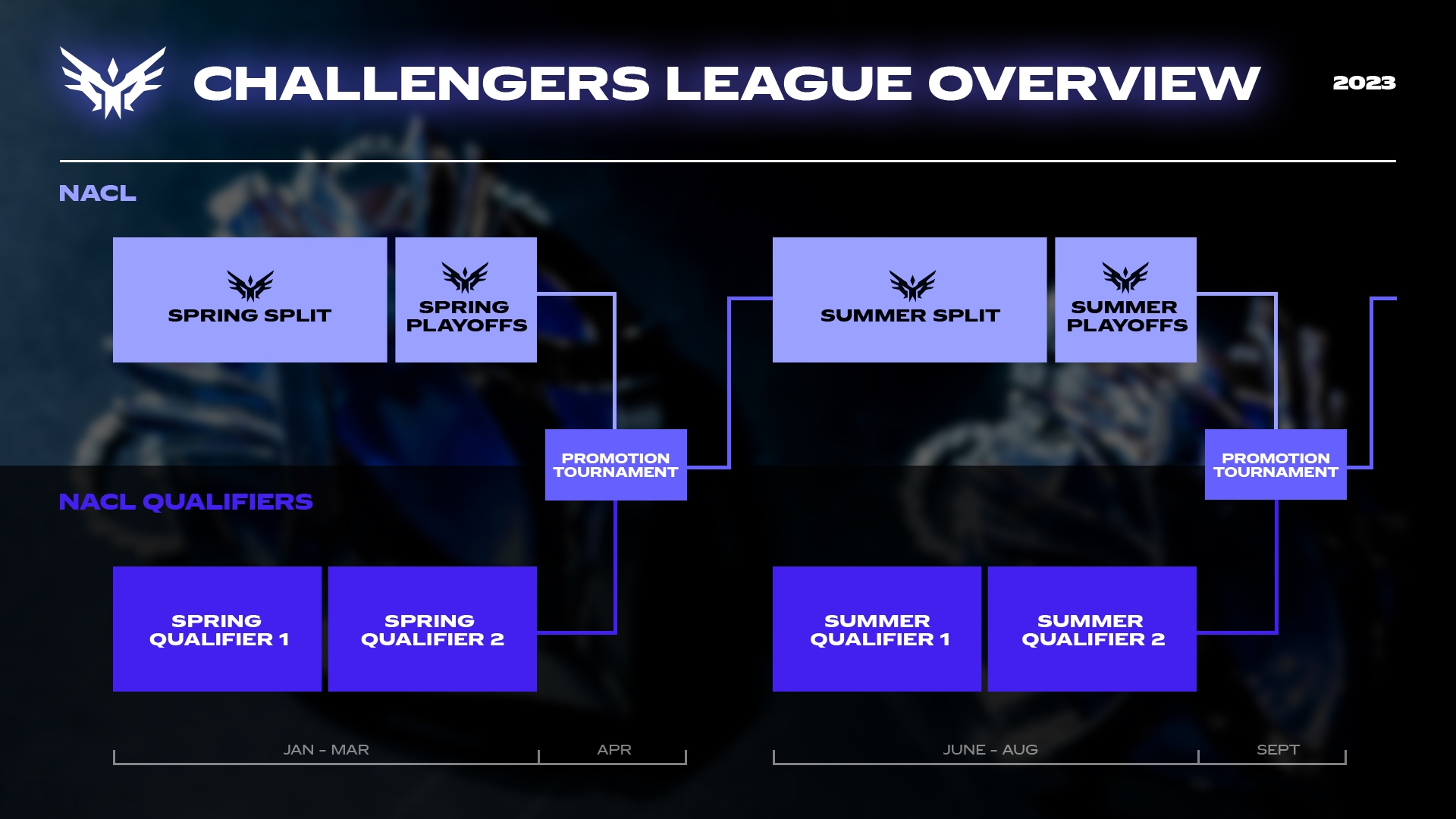 How Will the NACL Benefit North American League of Legends?

While the formatting for the NACL will be largely the same as its previous iterations, there is one major addition. To promote a high level of competition, the NACL will feature a Promotion and Relegation system in the form of two 32-team Open Qualifiers.

This system allows players that are not recognized or scouted by the LCS organizations to have the opportunity to demonstrate their talents and show their potential. Similarly, the contracts of NACL players in the GCD (Global Contract Database) will have access to the Notification of Interest System.

This system, which is intended to notify players that the LCS organizations have an interest in them, allows the LCS teams to officially state their interest in players contracted by another team.

The next ten matches of the LCS Spring Split have been played and the top of the leaderboard has been shaken up a bit. Read more about the week three results here. […]

The 2022 Worlds Draw Show has concluded and the Play-Ins and Group Stage teams have been determined. Read more about who will face who on September 29th here.
[…]