The LCS is no stranger to drastic offseason roster changes. Top orgs like Team Liquid, TSM, and Cloud9 have always pursued “winning” rosters by spending as much money as necessary to secure the top imports and LCS veterans from the free-agent market. This is evident in each team’s roster decisions this spring.

Behind the scenes, rumors indicate that Team Liquid spent more money than any LCS team ever has for their spring roster. TSM alleges that they spent as much on their Spring acquisitions Keaiduo and Shenyi as they would’ve for NA veterans Jensen and Doublelift. And Cloud9 dished out serious buyout money in their acquisition of T1 Challengers star Berserker, as well as LCK prospects Winsome and Summit.

With TL likely to maintain their current roster, and TSM continuing to try and bankroll young LPL talent going into the summer split, Cloud9 has been the focus of many fans’ ire after they announced on Twitter that they would be releasing Spring Split MVP Summit, as well as young supports Isles and Winsome. 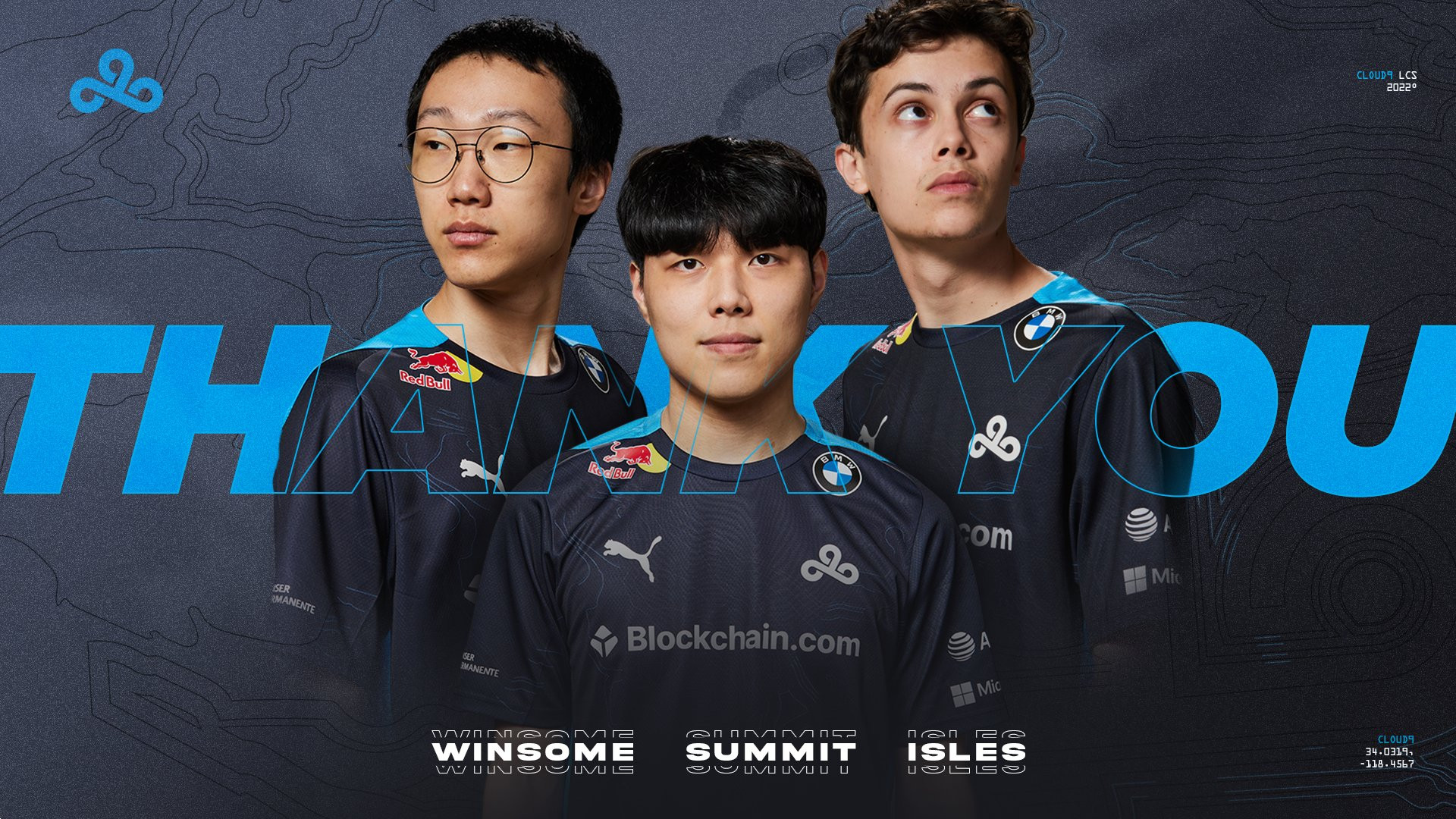 While Summit was faulted heavily for faltering in the final weeks of the Spring Split, his performance in the playoffs drew the most negative attention. Despite being the seemingly unanimous MVP for the spring split, the announcement of said award after his underwhelming playoffs run brought attention to the seemingly inappropriate timing of the honor.

The MVP award is designated to the best performing player in the regular season. This does not include playoffs, as the MVP can be someone who did not make playoffs but had a dramatic impact on their team. However, because the announcement is made on playoff finals weekend, many fans are left with the impression that playoff performances are accounted for.

After Cloud9 announced it would be releasing Summit, presumably for his lackluster playoffs performance, many fans took up arms with the opposite perspective. Now citing his MVP award in support of him, prevalent community members and fans alike drew attention to just how ridiculous it is that the current LCS roster management process facilitates actions as outrageous as releasing the incumbent MVP into free agency.

While the controversy surrounding Summit continues to dominate the conservation of C9’s midseason roster adjustments, their other releases drew similar criticisms. Namely, the release of Isles after just six games was a serious point of contention.

The former C9 Academy player was promoted to a starting position on the main roster to replace Winsome for C9’s games against Golden Guardians and Evil Geniuses. After losing 3-0 to EG, and having a pro record of 3-3 for his LCS debut, C9 management opted to completely release Isles from their team and invest elsewhere to fill their empty support role. Fans believe that Cloud9’s decision not to return him to their academy roster or keep him in the starting lineup is incredibly egregious. This decision drew more negative attention when Isles announced on Twitter that his U.S. residency will be terminated by May 14th if he doesn’t find a new team.

Winsome was put in a similar position. While he will most likely return to Korea and the LCK, his release from the team seems almost too soon. Because of the current system in place where top teams want to win every single split, teams like C9 refuse to pursue development rosters where young players gain league experience at the cost of, oftentimes, a losing split.

Winsome, like Berserker, was a promising, young player from the LCK. However, because he failed to perform, unlike Berserker, he will not be given time or the opportunity to develop. C9’s heavy emphasis on instant success is a serious issue. While teams like 100 Thieves who made no roster changes in the offseason, and EG who invested in domestic talent, made it all the way through the bracket to reach the finals, C9 faltered.

These two teams are evidence to the idea that development and stable rosters can facilitate victory, yet C9 continues to pursue instant success.

Read more about the growth of the eSports market.

The Return of Jensen/Zven to Support?

While no official statements have been made, rumors and speculations heavily suggest the return of two key players to the LCS stage.

First, and more likely, Zven is rumored to be transitioning to the Support role to fill the team’s vacancy. This is corroborated by recent changes in his match history, which indicate that he is playing a lot of support. Furthermore, Zven is currently part of Cloud9’s inactive roster. After it was announced that the only other unsigned LCS veteran support IgNar would be signing with Immortals, C9 will likely opt to promote someone internally, rather than investing in Academy support talent such as Eyla or Busio.

On a more exciting but less probable note, rumors are swirling that Jensen will make a return to the LCS as C9’s new mid laner. While Fudge is currently their active mid laner, it is likely that he will roleswap back to top lane now that Summit is gone. As one of the best top laners in the league during Summer 2021, Fudge will definitely find success for C9 if he returns to form. With that transition, C9 will have an opening in mid lane that they will seek to fill with a veteran presence in the pursuit of instant success.

During the spring split, there were three names circling around the free agent market as potential midseason mid lane signings: Jiizuke, Nisqy, and Jensen. Jiizuke announced recently that he will return to the ERL and sign with the Giants. Nisqy has not made any announcements; however, there is heavy speculation surrounding his return to the LEC with Mad Lions. Jensen, on the other hand, remains unsigned and has both an excellent domestic and international record.

While there have been no official announcements from Cloud9 on who will fill the vacancies of Summit and Isles/Winsome, the rumored Summer 2022 roster is as follows:

LCS free agency officially opened up on November 21st. While rumors have swirled around the community for the past few weeks, Golden Guardians are the first team to officially announce their complete roster headed into 2023. […]

Rumors indicate Jensen will be headed to Dignitas for 2023. Read more about his transition from Cloud9 here. […]

With all of the major regions heading into the second round robin of their summer split, all eyes are on their top teams for the upcoming World Championship. Held each year at the end of […]